Above: Mai’s boobs ~throught the years.~ A truly incredible and deeply jiggly journey.

This is, obviously, not how real breasts move. In games, “breast physics” is synonymous with: “male developers imagining how boobies work wihtout actually caring about how boobies work.” (Intentionally + gleefully using the term “boobies” here.)

Above: Don’t fret! Her butt jiggles too.

Over the last two decades, this part of female character design has not changed. That’s because the culture around female characters in games has not (substantially) changed. Breast/jiggle physics are still a crucial way for male developers to retain power over their perceived idea of what “gaming culture” means, and who these games are made for.

Above: the irl inspirations for the character of Mai Shiranui.

It’s a way to avoid more complex character development of these women: their personality, their narrative, their stories are all tied to their anatomically incorrect breasts.

In Mai’s case, we have the added sexist kick of a side story about her deep and stalker-ish, often unrequited, desire to marry and have a family with a male character, Andy. With these domestic desires, enormous, jiggly boobs and a jiggly butt to match, her metamorphosis into the perfect “little woman” is complete.

When I was making this game, going through all of these sprites, these animations, these characters, it was (obviously) really hard not to feel super depressed and dehumanized. I am a woman. I like games. Looking at these images of how male developers see their female characters, I felt like I was seeing how they really see me. They see me as a lump of flesh - jiggly flesh - not worth of a story, barely worthy of clothes.

As I’ve shown Black Room in installations or at festivals over the past few months, I’ve gotten this response at least once every time:

“Well, actually, men are sexualized in video games too, even more than women! ”

Yeah. Stop me if you’ve heard that before. But it’s 2018 and I’m still hearing it everytime I show this work somewhere.

It’s a response that doesn’t take into account the fact that the male characters in these games are sexualized for the enjoyment of the men playing the games..

I am tired of having to explain this over and over again, irl.

Death and/or defeated poses help to illustrate this. Defeated women often appear as if they are almost orgasmic: they sprawl on the ground, backs arched, thighs exposed, completely vulnerable. It is disturbing. 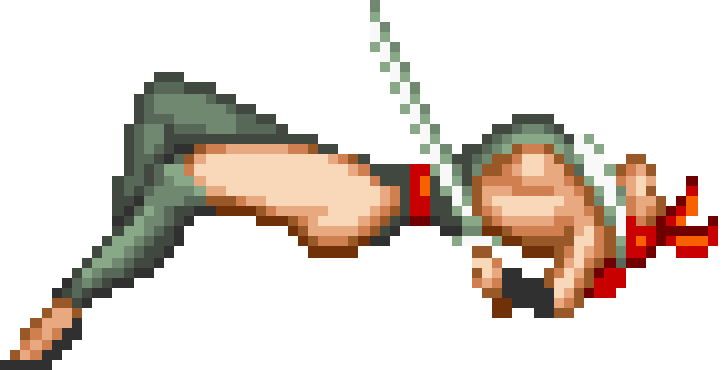 None of this is new — all of this has been discussed at length through various media. It honestly feels silly and kind of asinine for me to break it down here, in a dev log, because I assume everyone here is familiar with all of this nonsense. But again and again, as I go out and talk to people about this game, it keeps coming up.

🔥 You can see Mai’s scene in Black Room here.🔥